A British Columbia-based renewable energy company is expanding its reach into Alberta.

Pinnacle Renewable Energy, the largest Canadian producer of wood pellets, announced in early May that it has chosen Entwistle, Alta., as the home for its first Alberta venture.

Pinnacle Renewable Energy said that the Entwistle manufacturing plant, its seventh such facility, will be the largest in the company’s roster. Preparation for the manufacturing facility began on May 1 with operations expected to start in early 2018. The planned facility will be located one kilometre east of downtown Entwistle, according to Parkland County staff. 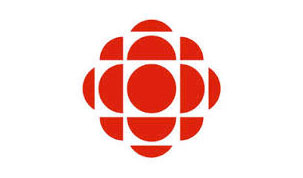 Canada's economy grew by 1.3% last year, but many provinces grew by more

May 8 2017
Canada's economy expanded by 1.3 per cent in 2016, as strong growth in British Columbia, Ontario, Manitoba and P.E.I. was offset by Alberta and Saskatchewan, whose economies contracted for the second straight year. Statistics Canada reported Monday that eight provinces and two territories saw their real Gross Domestic Product (or GDP...Continue Reading

May 8 2017
A program aimed at job creation and economic development is expected to benefit Stony Plain and surrounding communities. The area will be receiving $135,350 in funding through the provincial government’s first intake for the Community and Regional Economic Support (CARES) program. Stony Plain MLA Erin Babcock made the announcement on April 2...Continue Reading